The Ministry of Energy and Mineral Resources of Jordan (MEMR) awarded last Sunday the construction of the largest photovoltaic plant to date in the country to the the consortium formed by the Spain’s TSK Group and UAE’s Enviromena Power Systems , as the main project forming part of the ambitious Jordanian development plan for renewable energies, which has set a target of 10 per cent of the country’s energy supply to come from renewable sources by 2020.

The $128 million solar plant, financed by Abu Dhabi Fund for Development, will be located in the area of Al Qweira, between the two major UNESCO world heritage sites, the city of Petra and the Wadi Rum desert.

With a power of 120 MWp, the solar plant will generate over 225 Gigawatt hours annually, which will be distributed over the 132/400 kV grid owned by the National Electricity Company (NEPCO).

The project has been designed as a mixed configuration incorporating double mounting technology: fixed stand and single axis tracker in the same percentage, thus achieving the most advantageous yields and efficiencies from both technologies.

TSK will carry out the project as leader of the joint venture with Enviromena Power Systems of Abu Dhabi, and will include the detailed engineering, equipment supply, comprehensive construction and commissioning for commercial operation of the plant, for which a deadline of 16 months is foreseen from the start of the project planned for January 2016. 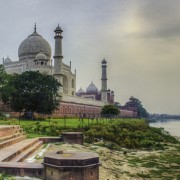 Solar energy is playing surprisingly well in conservative parts of the U.S.