The Jordan News Agency, Petra, reported on Monday a major solar power venture has got underway in Jordan’s southern governorate of Ma’an with investments totaling $170 million and targeted electricity output of 52.5 megawatts.

Shams Ma’an Power Generation PSC, the company which will carry the project, launched the construction phase of the electricity generation venture which will use photovoltaic cells. The venture is the first of its kind in Jordan and the largest in the region.

The Shams Ma’an solar plant, which  is owned by a consortium of investors consisting of Diamond Generating Europe (a subsidiary of the Mitsubishi Corporation), Nebras Power  (a subsidiary of the Qatar Electricity & Water Company) and the Kawar Group, will be engineered and constructed by First Solar.

“Shams Ma’an” project will produce 160 GWH/year using the latest techniques used in this area, which is equivalent to 1% of the current electric power production in Jordan, as well as prevent the emission of 90 thousand tons of carbon dioxide (CO2) gas.

The project will also have a positive socio-economic impact on the south of Jordan in general, as it will create around 300-500job opportunities during the construction phase, in addition to 20-40 other jobs during the operation and maintenance phase.

Moreover, the project will directly support the energy strategy in Jordan and enhance the energy industry in general, promoting Jordan’s independence in the field of energy. Furthermore, social responsibility initiatives by Shams Ma’an will contribute to the creation of sustainable development programs focusing on youth and education through supporting local non-governmental organizations and active community centers.

It is expected that the construction phase will be completed in mid 2016 and production to begin by September 2016.

Prime Minister Abdullah Ensour, who patronized the launch ceremony, says the projects comes at a time when the government is striving to focus on renewable energy sources in order to ensure energy sustainability and slash high energy bill.

He pledged government support and incentives to renewable energy ventures and said the government has set an appropriate legislative ground to such investments. The prime minister emphasized the importance of switching to renewable and alternative energy sources in Jordan, and its impact on the national economy and the development of Jordanian communities, specifically in Ma’an governorate.

The launch ceremony highlighted the construction phase of the project taking place in Ma’an Development Area, where it will be constructed on an area of 2 million square meters, with investments of approximately USD170 million, and a generating capacity of about 52.5 MW at which 681,360 solar panels will be used for the production of about 160 GWH/ year.

On this occasion, Karim Kawar, Chairman of the Board of Directors of Shams Ma’an Company stressed the importance of this vital project for Jordan and the future of clean energy saying:

“Shams Ma’an Project will be a pioneer in the field of renewable energy projects in Jordan, as the year 2015 will represent a point of commitment for all of us to finding practical solutions to the problem of energy in Jordan. This project is designed in accordance with the highest international standards using sustainable photovoltaic cells for the production of electricity from solar energy, as Jordan and particularly Ma’an is privileged to have sunlight exceeding 2000 KWh annually / SqMtr, which is one of the highest globally.”

During the event, project partners expressed their excitement in contributing to the fulfillment of this important milestone, which was culminated by the establishment of one of the largest solar PV plants which depends on the sun as its fuel, thus putting Jordan on the renewable energy map.

“Shams Ma’an Project is considered an expansion for Qatari investments in the field of power generation in Jordan. In the presence of abundant investment opportunities and the increasing growth of energy demand at the global level, Nebras Power will take advantage of its resources and abilities to effectively provide integrated and reliable solutions using multiple sources at competitive prices. “

On his part, Mikio Sasaki, Chairman at Mitsubishi Corporation, said:

“Today, I am honored to attend the launching ceremony of the construction phase of “Shams Ma’an”, the largest PV project in Jordan, after the success we had in running the tri-fuel power plant IPP3, during the month of April, which is considered the world’s largest and best power generation plant for diesel engines; generating a capacity of up to 573 MW, which has set a world record in the Guinness World Records.”

Mr. Ahmed Nada, Vice President and Region Executive for the Middle East at First Solar, pointed out that Jordan is at the leading edge of a global energy transition, stating:

“The world is in the midst of an energy transition that is redefining the global energy generation portfolio. In fact, we’re at a tipping point today where, for the first time, investments in renewables are being motivated by market realities, in addition to a sustainable agenda.”

NREL: U.S. shared solar could represent up to 49% of the distributed PV market in 2020 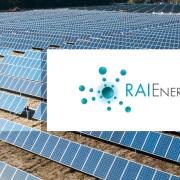 Hawaii becomes the first state in the U.S. to set a 100% renewable electricity...
Scroll to top