REEP ‘s initial investment was made in 2019 through a convertible loan which was topped up in 2020, bringing the total commitment to £900,000, which has enabled ARC Power to pursue its ambitious plan to build a large portfolio of solar mini-grids in Rwanda.

The early-stage financing has proved critical in helping ARC Power to finalize the initial phase of the project, which involved the construction of four mini-grid generation systems serving six distribution networks. These networks are now supplying electricity to 14 villages in Bugesera and Gatsibo Districts and have so far connected over 10,000 people, 153 microbusinesses and 3 critical services to electricity for the first time.

Rwanda has set a target of universal energy access by 2024, and ARC Power is currently working on a collaboration with the Government of Rwanda to accelerate progress through the construction of grid-connected mini-grids and standalone systems.

Outside of Rwanda, ARC Power has recently secured the largest national concession to roll out mini-grids in Mozambique through its in-country partners, with construction due to start imminently on a large mini-grid in Gaza Province that will connect more than 3,000 people to electricity for the first time. The project has been made possible after ARC Power secured additional financing from an existing funder, which was mobilised as a direct result of REPP’s equity conversion and the increased confidence in the developer it has brought.

“When REPP first invested in ARC Power, it was not without its risks, but we saw great potential in the company and its leadership. Today, our faith has been rewarded, with our early-stage investments playing a critical role in crowding in additional lenders and enabling ARC Power to deliver on its phase one objectives.”

“The repayment of the loans, with partial conversion of the accrued interest into equity, secures REPP’s capital and retains significant upside exposure. It also demonstrates our continued faith in the company to deliver on its impressive plans for expansion and asserting itself as one of the leading mini-grid developers in the region.”

“We are very pleased to have REPP as a shareholder ahead of our next phase of growth. Having successfully delivered the first phase, ARC Power has secured a significant pipeline across four countries in East and Southern Africa, and we are now working on our Series-A to allow us to really scale in line with our vision of building a pan-African clean utility business.”

For all media enquiries and interview requests, please contact [email protected] or call Hugh Bowring on +44 2045 517056.

The Renewable Energy Performance Platform (REPP), managed by Camco, works to mobilise private sector development activity – and investment – in small to medium-sized projects (typically up to 25MW) in Sub-Saharan Africa. It is supported with funding from the UK’s International Climate Finance through the Foreign, Commonwealth and Development Office (FCDO) and, to date, has agreed contracts with 38 renewable energy projects across 18 countries, employing seven different technologies, from solar home systems and PV mini-grids to onshore wind and run-of-river hydro. For more information, visit www.repp.energy.

Camco is a specialist climate and impact fund manager, leading the transition in emerging markets. We offer clean, secure investments, pairing the conscience of a development bank with the agility of a private company. Camco is an Accredited Entity of the Green Climate Fund and is authorized and regulated by the UK Financial Conduct Authority. The company has offices in Accra, Auckland, Helsinki, Johannesburg, London, Nairobi, Singapore, Sydney, and Toronto. For more information, www.camco.fm. 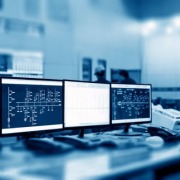 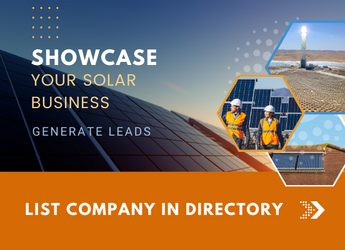 FRV grows solar portfolio to over 1 GW in Australia with Walla Walla Solar ...