The European Commission (EC) launched this month the IBC4EU project to develop a cost-effective and sustainable pilot industrial production line of IBC-based PV products along the entire value chain, from solar ingots, wafers and cells to modules, which is aimed to serve as a blueprint to help factories in the European Union to reach GW-scale mass production by 2030.

The IBC4EU project will run for three years ending in October 2025 and will be coordinated by the International Solar Energy Research Center Konstanz e.V. (ISC Konstanz), which is dedicated to the research and the development of ever more efficient solar modules and the transfer of knowledge to manufacturers of solar cells and solar modules worldwide.

The total funding received by the project is of approximately €17 million, out of which the EU has contributed €13.5 million, from the Horizon Europe Programme for Research and Innovation (2021-2027) under the grant agreement No 101084259.

The project will demonstrate cost-effectiveness of the polyZEBRA and POLO IBC cell designs not only against future heterojunction (HJT) and Tunnel oxide passivated contact (TOPCon) technology, but also present-day PERC and PERC technology.

Among the advantages of the chosen ZEBRA IBC technology are that it is based on existing production technology and it is so far the most cost-effective on the PV market with an average efficiency of over 23.6% and cell voltages over 700 mV proven in industrial production, without passivating contacts. Additionally, the cost of ZEBRA can be further reduced if the amount of silver used in metallization is reduced or if silver is replaced by copper or aluminum in the future.

The focus will also be on improving existing processing steps on already available equipment, introducing some novel equipment to reduce the cost of ownership, and employing Industry 4.0 solutions for predictive maintenance, quality control and traceability.

The feasibility of the chosen technologies and the innovative products will be evaluated by business related parameters as well as performance characteristics, which will be tested according to the relevant standards and in demo sites.

The environmental impact will be monitored closely and eco-design approaches will be employed to reduce the need for scarce materials such as silicon metal and silver and to maintain an indium-free design, increase the resource efficiency and recyclability and reduce the CO2 footprint.

Previous projects carried out by some of the IBC4EU project partners have already demonstrated the high competitiveness of IBC products, such as the successful establishment in Lithuania by Valoe Oyj of a 80 MW facility using ISC developed ZEBRA technology and the 1 GW bifacial ZEBRA module production milestone reached by Italy’s FuturaSun. Other examples include the installation of bifacial ZEBRA modules on an electric ship of the German ferry company Bodensee-Schiffsbetriebe (BSB), which was launched in June.

Additionally, ISC Konstanz has recently entered into a technology agreement with start-up company Carbon to set up a Gigafactory for TOPCon and IBC Solar Modules in France. 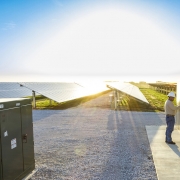 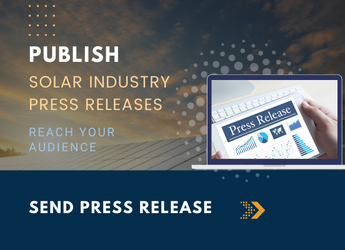 FRV grows solar portfolio to over 1 GW in Australia with Walla Walla Solar ...
Scroll to top