Padua, Italy, February 27, 2021 (Solar Business Hub) — Eurostat figures show that Northern-European countries are keener on using renewable energy such as Latvia where the gross consumption of renewable energy sources (RES) amounts to 41.0%, which is the third-highest share of RES in the European Union (EU) after Sweden and Finland.

Latvia’s primary renewable energy sources are biomass and hydropower, however, solar power opportunities are also being developed even in low-radiation areas where photovoltaics is still convenient and efficient. Such is the case of the 200 kW ground-mounted system installed by Latvian energy company AJ Power for the fish-canning company Banga Ltd at its factory to reduce the company’s costs over the long term.

More than 600 FuturaSun solar panels were installed on the ground, which will generate 198 000 kWh of green electricity over the year, covering the equivalent of approximately 25% of the company’s total annual energy consumption. Banga Ltd will save more than EUR 17 000 per year in electricity costs and EUR 185 000 over the next 10 years.

FuturaSun’s monocrystalline photovoltaic modules were selected for the project because they ensured a high renewable energy yield,  maximum savings in electricity costs and minimum maintenance. FuturaSun modules are increasingly used in Northern Europe since the panels perform well also in areas with low radiation and a high probability of snow and low temperatures.

The green energy produced by FuturaSun’s panels will be mainly used to power Banga Ltd’s production factory located only a few kilometres from the port of Roja. Banga Ltd has always considered the environment before selecting new equipment or techniques and planning future developments. Setting up a solar panel park is another step towards more sustainable and environmentally friendly manufacturing.

“This solar PV park installed for Banga Ltd is an excellent example of the drive of production companies to become more independent of fluctuating electricity prices, reduce costs and engage in a circular economy. Installing solar panels is one of the safest investments that pays off in a relatively short time and becomes more accessible to consumers.”

“Despite the cold and dark climate of the Northern European countries, there is still a huge potential for photovoltaics. This is not only thanks to the cost of photovoltaics, which has officially been recognized as being one of the cheapest energy sources available, but also to the mentality of the people towards renewables and the contribution of every single individual towards a better future for our progenies. Scandinavia and also the Baltic States have been on an explosive growth curve over the past years, considering the installed photovoltaic capacity (Wp) per capita, in many cases, which surpasses southern European countries. We are very glad and honoured to take part in this development.”

About AJ Power
AJ Power is the largest private group of energy companies in Latvia combining the broadest and most modern service portfolio with the most experienced energy experts. 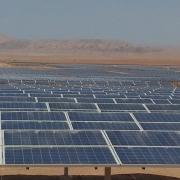 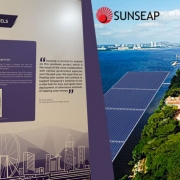 ESS Inc. welcomes Raffi Garabedian to board of directors
Scroll to top