This year’s Levelized Cost of Energy Analysis (LCOE 14.0)  finds that the cost of generating energy from utility-scale solar projects fell by 2% and 9%, respectively, over the past year.

The analysis reveals that costs for utility-scale solar have been falling more rapidly by about 11% per year, compared to onshore wind which fell 5% per year over the past five years.

It also shows that the cost of utility-scale solar and onshore wind is competitive with the marginal cost of coal, nuclear and combined cycle gas generation when U.S. government subsidies are included.

“As the costs of utility-scale wind and solar continue to decline and compete with the marginal cost of conventional energy generation, the focus remains on tackling the challenge of intermittency.”

Lazard’s data on energy storage costs published in its Levelized Cost of Storage Analysis (LCOS 6.0) shows that long-duration storage is gaining traction as a commercially viable solution to challenges created by intermittent energy resources such as solar or wind.

Lazard’s analysis highlights that storage costs have declined across most use cases and technologies, particularly for shorter-duration applications, in part driven by evolving preferences in the industry regarding battery chemistry.

Lithium-ion chemistries continue to be the dominant storage technology for short-duration applications, representing around 90% of the market. Competing technologies are less attractive for most applications given Lithium-ion’s advantages in commercial acceptance, price, energy density and availability.

The cost declines were more pronounced for storage modules than for balance of system components or ongoing operations and maintenance expenses. 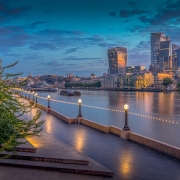 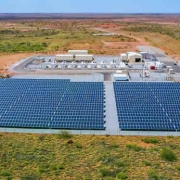 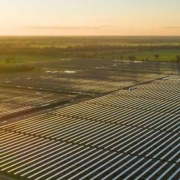 Solaris Energy and Namasté Solar awarded up to 10-MW of climate mitigating...