New report shows that the United States can deliver 90 percent clean, carbon free electricity nationwide by 2035, dependably, at no extra cost to consumer bills and without the need for new fossil fuel plants.

The 2035 Report: Plummeting Solar, Wind, and Battery Costs Can Accelerate Our Clean Energy Future, released by the Richard & Rhoda Goldman School of Public Policy at UC Berkeley, is the first study of its kind to show how recent cost declines for solar, wind, and battery storage allow the U.S. to dramatically reduce generation and emissions from existing fossil power plants, while retiring coal and reducing gas generation by 70 percent.

The study, produced with research and technical support from GridLab, also finds that without robust policy reforms, most of the potential to reduce emissions and increase jobs will not be realized.

The rapid buildout of additional renewable energy would inject $1.7 trillion of investment into the economy and increase energy sector jobs by up to 530,000 per year through 2035, across all regions of the U.S., without raising consumer bills.

Delivering 90 percent clean electricity by 2035 also avoids $1.2 trillion in environmental and health costs through 2050 by reducing damages from air pollution and carbon emissions.

The 2035 time frame for near-complete decarbonization of the power sector is significant because it is 15 years earlier than projected in most state and national policy proposals, which provide little hope that the worst climate change impacts can be avoided. In October 2018, the U.N.’s Intergovernmental Panel on Climate Change warned that the world has only a dozen years to halve emissions in order to limit warming to 1.5°C.

By 2030, the report finds the U.S. could reach over 70 percent clean electricity, reducing U.S. economy-wide emissions by 18 percent. Up to 85,000 unnecessary premature deaths associated with air pollution from power plants in the U.S. could be avoided through 2050 by reaching a 90 percent carbon-free electric generation sector by 2035, which would reduce economy-wide emissions 27 percent.

The target year of 2035 allows sufficient time for most coal and gas plants to recover their fixed costs, thereby avoiding risk of stranded costs for consumers and investors, if the right policies are in place. Wind, solar, and battery storage can provide the bulk of the 90 percent clean electricity.

The report finds that new fossil fuel generators are not needed. Existing gas plants, used infrequently and combined with storage, hydropower, and nuclear power are sufficient to meet demand during periods of extraordinarily low renewable energy generation or exceptionally high electricity demand. Power generation from natural gas plants would drop by 70 percent in 2035 compared to 2019.

“Cost reductions in clean technology have occurred much faster than anticipated just a few years ago. This is the first report to integrate the latest low prices for renewable energy and storage and shows it is technically and economically feasible to deliver 90 percent carbon-free electricity on the U.S. power grid by 2035.”

David Wooley, professor at the UC Berkeley Goldman School of Public Policy and Executive Director of the Center for Environmental Public Policy said:

“We’re talking about the ability to achieve near-100 percent clean electricity by 2035, in half the time most people are talking about. This is exciting, because the 2035 timeframe is actually compatible with climate realities. However, this outcome isn’t possible without strong policy changes and our hope is this report can help inform the dialogue on federal, state, and corporate policies needed to achieve it.”

“What an incredible opportunity for economic stimulus. A federal clean energy standard, supported by government investments in deployment and American manufacturing, could put us back on track for a healthier economy. Meanwhile, continued policy leadership from the states can bolster progress.”

Engineered quantum dots could bring down the cost of solar electricity 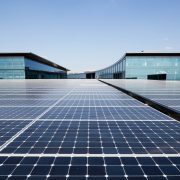 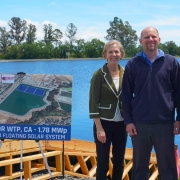 Alectris partners with Resco to bring mobile application integration to its...

Solar PV system costs in the U.S. are falling faster than expected across all...
Scroll to top