U.S. consulting firm Mercom Capital Group announced on April 9 the release of its Q1 2019 Solar Funding and M&A Report on funding and merger and acquisition (M&A) activity for the global solar sector in the first quarter of 2019.

“Funding levels were up slightly year-over-year in Q1 2019, but the solar industry was on a much stronger footing at the beginning of this year compared to a year earlier, when the industry was hit with tariffs, subsidy and installation cuts in China, and a module oversupply situation. The market is upbeat, and solar equities rebounded strongly in the first quarter. However, China is still a wild card, and depending on its 2019 policy direction, it could have a significant impact on the solar industry.” 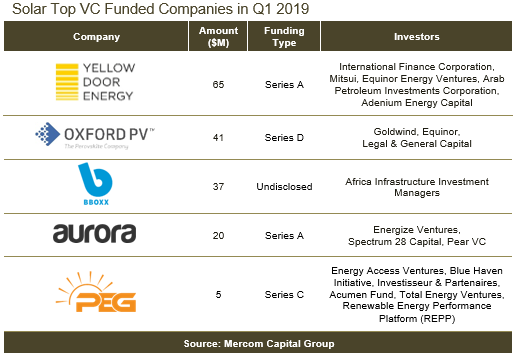 The majority of VC funding raised in Q1 2019 went to solar downstream companies with $111M in seven deals.

There were 18 investment firms and funds that acquired 20 projects in Q1 2019, totaling 3.5 GW, followed by 14 Utilities and IPPs which picked up 19 projects totaling 1.15 GW. Thirteen Project Developers acquired 14 projects for 803 MW. 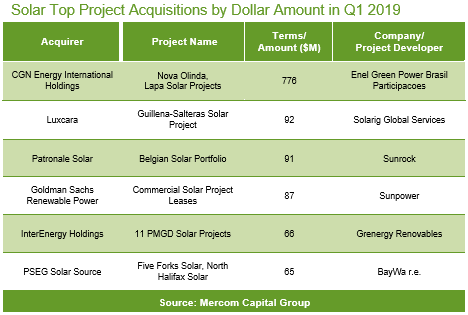 There were 297 companies and investors covered in this report. It is 80 pages in length and contains 65 charts, graphs, and tables. 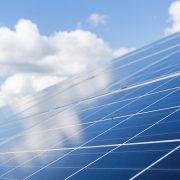 Wind and solar power will account for 96% of the total power supply of renewable...