Mercom Capital Group,  a global clean energy communications and consulting firm, announced yesterday the release of its annual report on funding and merger and acquisition (M&A) activity for the solar sector in 2017.

“A strong fourth quarter pushed overall funding higher in 2017. Higher installation levels around the world, the lack of threat to the solar investment tax credit, lower than expected tariff recommendation by U.S. ITC, strong debt financing activity, and over a billion dollars in securitization deals helped the solar industry have a much better year in terms of financial activity compared to 2016. After several challenging years, most of the solar securities were up in 2017 reflecting overall positive sentiments around the solar industry even as several Chinese manufacturers decided to go private. Of course, all this could change swiftly if President Trump decides to impose higher tariffs in the trade case.”

Public market financing was flat in 2017 to $1.7 billion raised in 33 deals from $1.8 billion raised in 27 deals in 2016. Three IPOs were logged during the year that raised a combined total of $363 million for Canadian Solar Infrastructure Fund, New Energy Solar Fund, and Clenergy.

The top investors in large-scale projects included Clean Energy Finance Corporation (CEFC), which invested in 13 projects, followed by Santander with eight deals, and Commonwealth Bank of Australia and Siemens Financial Services with six deals each.

$2.4 billion was raised by 16 residential and commercial solar project funds in 2017 which was down 50 percent compared to $4.9 billion raised by 30 funds in 2016. The top fundraisers were: Sunlight Financial, Sunnova, Solar Mosaic, SolarCity, and Spruce Finance. Since 2009, solar residential and commercial firms offering leases, PPAs, and loans have raised more than $24.8 billion in lease and loan funds.

There were 71 corporate M&A transactions in the solar sector in 2017, up slightly from 68 transactions recorded in 2016. Solar downstream companies were involved in 51 of these transactions. Engie acquired three companies while BayWa, Brookfield Asset Management, Horizon Solar Power, Siva Power, Solar Spectrum, and Sonnedix acquired two companies each.

The largest and the most notable transaction in 2017 was the $1.6 billion acquisition of FTP Power (sPower) by AES and Alberta Investment Management (AIMCo) from Fir Tree Partners.

Project acquisitions jumped up 67 percent as a record 228 large-scale solar projects with a combined capacity of more than 20.4 GW were acquired in 2017, compared to 2016 when 12.2 GW changed hands in 218 transactions. 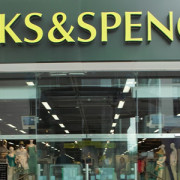 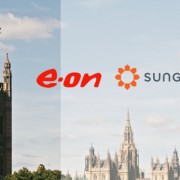 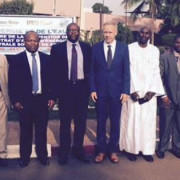 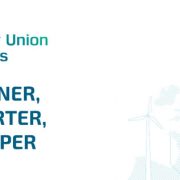 MIGA to support construction of six solar PV plants in Egypt with $102.6M in...
Scroll to top