New analysis shows how cheap renewables and flexible demand could replace more than half of European coal and gas generation by 2030, while reducing system cost and almost doubling emissions savings from the power sector, compared to current plans.

This new research by energy consultancy Artelys, released on November 21 by the Energy Union Choices group, shows how rapidly falling prices for solar PV, wind power and other key, system balancing, technologies, have revolutionised the economics of Europe’s power sector. It finds that Europe can aim for much deeper emissions reductions and higher renewables uptake while reducing electricity system costs – provided it pursues the right policies.

More renewables and greater emissions savings while boosting the economy

According to the analysis, the most cost-effective scenario for the EU’s electricity mix contains a much higher share for renewables in electricity than that envisioned by the European Commission (61% versus 49% by 2030). Under this scenario, Europe would avoid an additional 265Mt of CO2 emissions, €600 million in energy system costs per year by 2030, and deliver 90,000 additional jobs (net) in the European energy sector.

Responding to the findings, Laurence Tubiana, CEO of the European Climate Foundation said:

“Ahead of the global stocktake on climate ambition, next year, this is great news. The economics are now decisively tipping in favour of clean energy, making an even stronger case for higher EU ambition for 2030. We need higher ambition from the EU if we are to honour the Paris Agreement and as a basis for Europe’s future prosperity.”

The analysis underlines the importance for EU member states delivering on the Clean Energy for all Europeans package, and advancing plans to retire coal-fired generation.

“The European Commission seems tochronically underestimate just how great a positive impact sustainable renewable energy can have. As this report shows, we can and must pull the plug on coal and crank up renewables way beyond the proposed 2030 target levels for the sake of Europeans’ health, taxpayers’ wallets and our shared climate.”

The report also rebuts the myth that a coal phase-out would increase the role of gas in theEuropean power system. By contrast, the researchers see the need for gas generation cut nearly in half by 2030: from 514 TWh in 2015 to 259 TWh per year. This also represents a significant fall in the outlook for gas generation on the Commission’s current scenario, which projects 369 TWh of gas generation in 2030.

“Cheap renewables push out gas as well as coal. European countries should feel confident that they can phase out coal power without increasing energy security risks or new dependence on imported gas. Cost-effective renewable power, demand-side flexibility and electricity grids can pick up the slack. Infrastructure planners need to get to grips with this new reality, or they risk wasting money on utterly unnecessary gas pipelines and LNG terminals.”

“This analysis confirms the critical importance of tackling coal overcapacity. It also shows that If the EU fails to adopt the Commission’s proposals to deepen market integration and create an enabling environment for demand-side flexibility, the costs for the power sector and for European consumers will be significantly higher.”

The switch is cost-effective and brings more jobs to Europe

The overall cost saving to European businesses and consumers of pursuing higher renewables (around 61% of the EU-28’s electricity mix, as opposed to 49%) is put at over €600 million per year by 2030, while also bringing, a net, 90,000 new jobs to European citizens. But policy is crucial.

While the report finds that the lower cost and higher performance of renewables fundamentally changes the outlook for the power sector in Europe, it notes that current EU policy frameworks fall short of unlocking the new opportunities. What is needed is a combination of the “smart retirement” of coal assets alongside flexible demand roll-out. 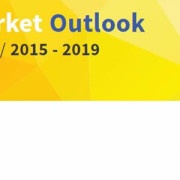 ENGIE and Heliatek inaugurates world’s largest BiOPV installation on a...

Canadian Solar Selected for 367 MW Solar Projects in the Energy Auction in ...
Scroll to top