Scottish Water, a public utility headquartered in Scotland, announced today the completed installation of one thousand solar panels at a major water treatment works serving Edinburgh and parts of West Lothian. This is the latest in a series of highly successful projects delivered by Scottish Water Horizons, a subsidiary of the public utility, which supports the development of a sustainable economy in Scotland.

A quarter of the energy required at Marchbank Water Treatment Works near Balerno, which serves 68,000 properties, is now provided by the solar panels.

The solar panels are capable of generating 0.2GWh of electricity per annum. The treatment works currently produces 40 mega litres of water per day – enough to fill 16 Olympic swimming pools. This means that 17,000 properties in parts of western and Southern Edinburgh and areas of West Lothian now receive drinking water which has been treated thanks to the power of the sun

“Every day, Scottish Water provides our customers with a massive 1.34 billion litres of drinking water and then treats over 840 million litres of waste water. This means we currently need around 440GWh of electricity annually around Scotland.”

“Installing solar panels is therefore fantastic news for our customers. It’s one of the ways in which we can help to keep our customer charges lower than the UK average, while aspiring to deliver ever better service. All our efforts across Scottish Water have helped to reduce base electricity consumption by over 5% in the last five years, while carbon emissions have fallen by 18% since 2006/07. We are confident that the installation of solar panels will enable us to continue to reduce energy consumption and ultimately keep costs low for our customers.”

“Scottish Water’s efforts to reduce its energy use are to be applauded. It will surprise many that the electricity generation potential of a solar PV array in Scotland is very similar, if not better than, one in central or northern England or parts of Wales. Solar in Scotland is quite counter-intuitive, but advances in solar panel design and the falling cost of the technology means there is significant potential for the technology north of the border, particularly at locations like water treatment works, which have high on-site energy usage.”

In the last two years, Scottish Water has doubled the amount of renewable energy which can be generated at treatment works and in water mains to over 50GWh.

Desert farms could power flight with sunshine and seawater 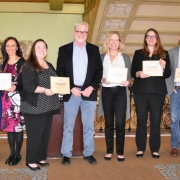 USAID and ADB to Facilitate $848M in Funding to Develop Solar Parks across ...

IKEA’s rooftop solar array atop store to be the largest of its kind in...
Scroll to top