Wiki-solar, the leading source of information about the deployment of solar photovoltaic power stations, released last week a ranking of solar EPC contractors of utility-scale installations.

The EPC contractor is responsible for the engineering procurement and construction of the solar power plant, under a contract with the plant owner or project developer. Many EPC contractors go on to offer operation and maintenance services when the plant is in service.

According to statistics published at Wiki-Solar eight of the top thirteen solar EPC contractors come from Europe, led by German companies, which built 27% of the world’s capacity.

“These figures show how Germany and Spain in particular are continuing to benefit from their earlier leadership in solar power deployment- Although their home markets have now shrunk to a trickle, the expertise their companies built up in the last decade still gives them a competitive advantage in world markets today.”

Top of the list, however, is the American module manufacturer First Solar, which also led the list of project developers published on March 17.

“First Solar’s strategy of vertical integration covering project development, EPC contracting through to Operations and Maintenance has proved a successful way of ensuring a sustained market for its solar modules”, says Wolfe.

Other contractors, which similarly produce their own modules, are Hanwha Q.Cells, Sunedison and SunPower Corporation.

The cumulative installed capacity of utility-scale power plants constructed by the leading EPC contractors at the end of 2014 was:

EPC contractors are identified against 43.7% of the operating capacity on the Wiki-Solar Database (of which these top 13 account for 20.3%). The total capacity for Project developers listed may therefore be on average up to twice that identified here.

Wiki-Solar points out that Chinese companies are under-represented on the list. This is because separate EPC contractors are seldom announced for projects in China, with the role often undertaken by the project developers’ in-house construction team. 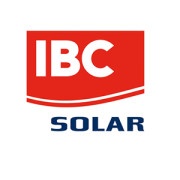 EIA: California first state to generate over 5% of electricity from utility-scale...