According to research firm Wood Mackenzie, the next decade is set to deliver more of the same for solar PV. Costs will continue to fall, though slower than before, and the diversification of the global market will continue at pace.

Emerging markets will come of age. In the next five years, countries from Saudi Arabia to Pakistan to Malaysia will join the gigawatt club. Outside of the OECD, there are auctions planned in 44 countries, and a project pipeline of 180 GWdc in almost 120 countries. Managing the risks associated with doing business in emerging power markets will be a key challenge for investors to negotiate.

Emerging markets also offer opportunities beyond traditional grid-connected plants. Off-grid solar PV-based installations for those currently without power supply, or where the service from existing suppliers is inadequate will offer a different opportunity set, particularly in Sub-Saharan Africa.

Environmental, social and corporate governance (ESG) concerns and the high cost of oil-based power is also leading to companies in extractive industries such as mining to look to PV-based systems as a cleaner, and in many cases cheaper, alternative.

Wood Mackenzie Principal Analyst, Tom Heggarty identified six key trends to watch in the global solar market in 2020 and beyond:

“We’ll see increased power price risk as more solar PV markets go merchant, that’ll also mean a change in the competitive landscape. Power trading and power purchase agreement (PPA) origination capabilities – typically the preserve of the larger utilities – will become more important. Smaller independent power producers (IPPs) could be forced to focus purely on early-stage development and the sale of shovel-ready or operational projects as a result. The market will become more consolidated as larger players buy-up riskier portfolios. New entrants, such as the oil and gas Majors, will be keeping a close eye on market developments – their trading expertise and risk appetite should leave them well-placed to succeed,” Tom Heggarty said.

While the coming decade undoubtedly looks healthy for solar PV, actions by policy makers could pave the way for even stronger growth.

“New companies are queuing to enter the market; the pipeline of development projects is growing by the day and there is plenty of low-cost finance available. However, investors are held back by two key things: a lack of investment in grid infrastructure, and insufficient clarity on supportive policy and regulation,” Tom Heggarty said.

When the fundamentals of investing in solar PV make sense without subsidy, markets can and should grow quickly. But decades of under-investment in grids and burdensome connection processes are putting the brakes on markets around the world, according to Wood Mackenzie.

“Large pipelines of projects are sitting undeveloped or in grid connection queues. Investment will also be required to increase the resiliency of grids to cope with variable renewable power supply. Well-developed and interconnected grids should be able to cope with reasonably high levels of penetration today. In emerging markets or islanded grids, however, managing even low levels of renewable penetration represents a challenge. To realise the levels of investment in solar PV, wind and energy storage needed to decarbonise power markets, policy makers will need to prioritise the build-out of both transmission and distribution networks,” Tom Heggarty said.

Policymakers are not short of ambition when it comes to the decarbonisation of power markets. However, the translation of long-term targets into specific and consistent policy incentives is severely lacking, says Wood Mackenzie.

“In Italy, for example, the government is targeting 30 GW of additional solar PV by 2030 but it has designed an auction that puts solar PV at a significant disadvantage to onshore wind. Other countries have launched one-off auction rounds without providing the industry with clarity around if, or when, further awards will take place. Such short-termism prevents the development of self-sustaining and mature PV markets. Time and time again it has been proven that if governments around the world put in place the frameworks to provide investors with certainty, the money will follow. In many countries this will be through the introduction of a long-term pipeline of auctions, while in others it may be a case of loosening the constraints on where PV projects can be sited and streamlining planning processes,” Tom Heggarty commented.

On a more positive note, global efforts towards decarbonisation could soon herald a rapid acceleration in the pace of investment in solar PV.

“November 2020 will see the UNFCCC’s 26th Conference of Parties (COP) held in the UK. This will be the most important COP since Paris in 2015, with signatories being urged to ‘ratchet-up’ the level of ambition in their Nationally Determined Contributions. Economy-wide net zero emissions targets will be on the agenda. A positive outcome from the talks will invariably lead to more action from financial institutions and investors to redirect capital towards zero-carbon energy. In turn, some of the world’s largest energy companies, that have so far – at best – begun to dabble in solar PV markets, may double-down on their commitments. This could be transformative for the sector,” Tom Heggarty noted.

However, unsustainable bidding activity could slow the development of emerging markets.

“The growing number of sub-US$20/MWh auction contracts awarded to solar PV projects around the world is largely seen as a success story, demonstrating the technology’s new-found competitiveness. But in some cases, it’s hard to see how the economics will translate into acceptable returns for investors. Assumptions around post-contract merchant revenue can make-or-break project economics. And it will be a long time before we know if some of these bets are going to pay off. But extremely low bid prices threaten to drive away companies with deep pockets but higher return expectations. Do we need to see solar bid prices go up for the long-term sustainability of the market?,” Tom Heggarty added.

The risk presented by PV waste is one that the industry has not yet addressed. Towards the end of this decade, the first wave of PV installations will begin reaching end of life.

“Almost 4 GWdc of PV was installed between 2001 and 2005, which represents anything up to 18 million individual modules. What will happen to those once they reach the end of their useful lives remains an unanswered question. In the EU, OEMs supplying the market have been responsible for collecting and recycling old modules since 2012. Older modules will not fall under this regulation, however, and several OEMs from the time are no longer in business. And what about the sites themselves? Will asset owners begin thinking about repowering sites with new, more powerful modules? The relative youth of the PV industry means questions around waste and repowering are only beginning to come to the fore. Expect that to change as we move towards 2030,” Tom Heggarty said. 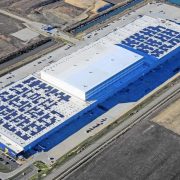