Spanish renewable energy company ACCIONA Energía announced on April 24 the installation of two new photovoltaic plants in the regions of Atacama and Antofagasta, and two wind farms in La Araucanía, with a total capacity of around 400 MW.

Over three years ACCIONA Energía will build two new photovoltaic plants and two wind farms in Chile, with a total capacity of around 400 MW and an investment of approximately 600 million dollars (around 500 million euros at current exchange rates).

In early 2019 the company will start construction work on the 62 MWp capacity Almeyda photovoltaic plant; it is expected to be completed at the end of the year. Consisting of solar modules with horizontal tracker technology, it will cover 150 hectares in the locality of Diego de Almagro in the region of Atacama.

A few months later, in the third trimester of 2019, ACCIONA Energía will begin the construction of the 64 MWp Usya photovoltaic plant, with entry into service planned for mid-2020. With solar modules mounted on fixed structures, it will cover 105 hectares in Calama in the region of Antofagasta.

With the energy produced by these two photovoltaic plants, at a total investment of around 150 million dollars (125 million euros), the company will cover its supply commitments taken on in a PPA recently signed with the National Mining Company of Chile (ENAMI).

ACCIONA is currently constructing in the municipality of Renaico (La Araucanía) the San Gabriel wind farm (183 MW), with an investment of 300 million dollars (around 250 million euros). It is expected to enter service towards the end of 2019 or in early 2020.

Very nearby, the company will also build the Tolpán wind farm, a facility with an initially planned capacity of 87 MW that is still pending exact confirmation. The energy produced there will enable the company to cover supply commitments to regulated customers arising from the capacity awarded to it in energy auctions. The associated investment will be close to 150 million dollars (around 125 million euros).

“We are undertaking major investments over this three-year period, which will considerably strengthen our presence in the thriving renewable energy sector in Chile.”

ACCIONA currently has 291 MW of renewables in service in Chile: 246 MWp in the El Romero Solar photovoltaic plant in the region of Atacama and 45 MW in the Punta Palmeras wind farm in the region of Coquimbo. With the facilities under construction and those planned for the 2018-2020 period, the company will reach a capacity of 700 MW in the country (372 MWp photovoltaic and 315 MW wind).

ACCIONA has been awarded tenders in two public energy auctions for regulated customers in Chile and has signed contracts to supply electricity of renewable origin to companies such as Google, Falabella, ENAMI and Aguas Chañar. 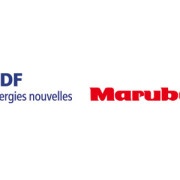