Our CEO Tom Werner: “The time is right for SunPower to invest in U.S. manufacturing.” https://t.co/5SeMgEmDw5 #SWA #SPWR @SolarWorldUSA pic.twitter.com/Yxo1VtiwHg

Tom Werner, SunPower CEO and chairman of the board said:

We’re joining forces w/ @SunPower in a major win for the next phase of American solar panel manufacturing. Check out the latest announcement! https://t.co/KRO5SUcvY8 #AmericanSolar

“SunPower is the solar industry technology leader. We are delighted that SunPower has agreed to inject fresh capital and their industry leading P-Series technology into SolarWorld Americas operations here in Hillsboro. Our hundreds of long-time employees are excited to be part of this next chapter in SolarWorld Americas’ long history. We are thrilled about this acquisition as it means quite simply, that our company can look forward to redoubled strength as it continues to innovate and expand into the future. This outcome is ideal for SolarWorld Americas and its employees.”

SunPower plans to ramp SolarWorld Americas operations to capitalize on strong U.S. market demand. The company will invest in factory improvements and increased working capital, while retrofitting a portion of the facility to produce P-Series solar panels, in addition to continuing to produce and ship SolarWorld Americas’ legacy products.

Like SolarWorld Americas, SunPower has spent decades perfecting its technology and manufacturing processes, and this announcement marks the company’s return to U.S. manufacturing.

The agreement is subject to necessary U.S. and German regulatory approvals and other closing conditions. At closing, which is expected in the next several months, SunPower will become the largest U.S. solar panel manufacturer. 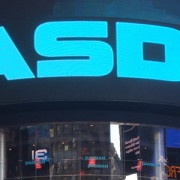 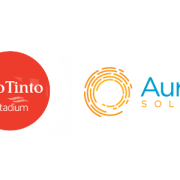