The Clean Energy States Alliance (CESA) was selected by the U.S. Department of Energy’s National Renewable Energy Laboratory (NREL) to participate in a collaborative research effort to explore new ways solar energy can improve the affordability, reliability, and resiliency of the nation’s electric grid.

CESA will work with agencies in five states and the District of Columbia to identify locations for distributed energy resources (DER) that provide benefits to the grid. While CESA’s multistate initiative aims to help decisionmakers identify high-value locations for DER development, each participating state has its own specific approach and aims under the project. The agencies CESA is partnering with on this initiative are:

CESA is one of just nine teams selected to join the program, which is known as the Solar Energy Innovation Network.

Kristen Ardani, who leads the Innovation Network at NREL said:

“We selected teams that are experimenting with promising ideas to use solar power to improve the future of grid security and reliability in their communities.”

The CESA-led team will receive financial, analytical, and facilitation support as it works to anticipate and address new challenges and opportunities stemming from solar energy and other distributed energy technologies. The solutions developed and demonstrated by this multistate initiative will serve as a blueprint for other states facing similar challenges and opportunities.

Distributed solar and other distributed energy resources are playing an increasingly important role in electricity systems across the United States.

“When distributed energy is deployed optimally, it can offer benefits to the customer, to the grid, and to the other ratepayers. Well-sited DER can provide resiliency benefits, reduce grid congestion, and help defer or avoid distribution system upgrade costs.”

NREL is operating the Solar Energy Innovation Network with funding from the U.S. Department of Energy Solar Energy Technologies Office. NREL pursues fundamental research and development of renewable energy and energy efficiency technologies to transform the way we use energy. 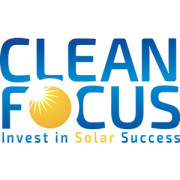