According to the report solar power had another record year in 2014 with 40 GW being connected worldwide beating the previous year’s record of 38.4 GW.

“The global solar sector has reached a cumulative capacity of 178 Gigawatt (GW) in 2014, multiplying the installed capacity by a factor of 100 in only 14 years of development. China, Japan and the USA lead the world’s solar market in 2014, while Europe installed 7 GW, with the UK leading the way, contributing 2.3 GW in 2014. The success of the UK, set to be the largest European market again in 2015, reinforces the evidence that solar power is a versatile and cost-efficient energy source in any climate.”

‘If todays global solar momentum continues, and being supported by the right frameworks, we could see over half a Terrawatt (TW) of solar power capacity installed by 2020. SolarPower Europe`s Global Market Outlook foresees up to 540 GW of total solar capacity by 2020 in its high-scenario, but even the low support scenario estimates a total solar volume of 396 GW, which would be about twice as much as the capacity installed today. The rise of solar power was confirmed, with 3 European markets, Germany, Italy and Greece, already reporting that solar covers more than 7% of the electricity demand. SolarPower Europe believes that 2014 marks a tipping point in the make-up of our energy market, even if European solar market growth slowed again last year. For the first time ever in Europe, renewables produced more power than nuclear and solar power was key in achieving this remarkable achievement. Being now one of the lowest-cost power sources, solar needs the right market design so that it can continue to contribute its strong support for Europe to reach its clean energy targets.” 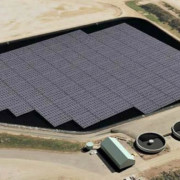