The UK’s Department of Energy and Climate Change (DECC) released last week the third investment report titled Delivering UK Energy Investment: Low Carbon Energy highlighting the success in the low carbon energy sectors which has made the UK low carbon energy landscape attractive to investors from the UK and abroad.

For more details see report below.

Source: An overview of the investment secured in low carbon energy since 2010 by GOV.UK. Image Credit: Seth Anderson via Flickr. 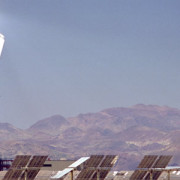 Average Costs for Solar and Wind Electricity Could Fall 59% by 2025, IRENA report says

Yingli to Develop a 60MW PV Project Pipeline in Poland

Hawaii becomes the first state in the U.S. to set a 100% renewable electricity goal