Thin-film solar can be bent and shaped, and applied to fabrics, plastic shells, metals, or almost any material. And because it’s thin and lightweight, it’s ideal for portably charging battery-powered gear, accessories, and large and small consumer devices.

Light, flexible thin-film solar technology has developed to a point where it can now be used to generate solar power for a wide range of small and large consumer and industrial devices, yet many designers and engineers are unaware of the technology’s usefulness for these applications.

The grand-prize winner will receive approximately $160,000 plus complimentary travel to one of several R&D labs around the world, with the opportunity to commercialize and bring the product to market. The total cash awarded for all prizes in the different categories is worth about $629,000.

Initial contest submission deadline is May 10, 2015. For more information about the Competition and the potential of thin-film solar, go to thinfilmsolarawards.com.

Greening the economy awarded by UN Conference on Trade and Development 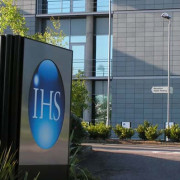 SolarCity partners with Incapital to Make Solar Bonds Available to US inves...
Scroll to top